On Wednesday night, my mum, sister-in-law and I had the pleasure of going to a special screening of the documentary Embrace by Taryn Brumfitt. For those of you that haven’t heard of Embrace, this is a social impact documentary exploring the issue of body image. It was inspired after Taryn posted an unconventional before-and-after image on the internet three years ago that sparked an international media frenzy. The five words above describe some of the feelings that arose for me during and after watching this amazing tale of a woman’s journey through self-development and appreciation. It empowered me to share my story with all of you, especially given for the last five years I have been working as a dietitian in private practice and the issue of body image amongst all women (and even men) is something that comes up on a daily basis.

Reflecting back on my life, and even at points to this day, I can definitely say that I as a woman have not always been happy with myself and how I look. I was born an average size (8lb1) and grew up with a mother and father that were always proactive in giving my brother and I healthy food and keeping us active with sport. I danced from the age of 3 and played touch football from the age of 11 so being physically active was something we were always used to. If someone was to look at me I would be described as having an athletic physique but in my eyes that always meant I was bigger and musclier then most other girls the same age. I regularly dreamt of having blonde hair and blue eyes (so boys would like me) and having thinner legs and calves. I think the feeling of being inadequate started at the age of 10 when I used to come home from school on a daily basis crying that I had no friends and that the girls were running away from me. Unfortunately this continued in other ways over the years as I got older and moved from primary school into high school (for example, being called fugly in grade 8). Unbeknown to me then, did I realise how much of an impact this experience would have on my life.

From the age of 14 I was diagnosed with Graves’ Disease, an auto-immune condition which caused my own immune system to manufacture antibodies which behaved like TSH and stimulated my thyroid uncontrollably. For the next seven years I was managed on medication with regular blood tests and specialist appointments. At 21 I was diagnosed with Thyrotoxicosis and Tachycardia (resting heart rate 120bpm). I went from exercising frequently most days at a healthy body weight to absolutely nothing and ballooning up to 73kg (see picture below). At this point I was embarrassed by my appearance, had lost all motivation, had no self-esteem and was disappointed in myself that things I used to be able to do easily, I could hardly even complete. Your 21st is meant to be something you look back on but for me it pains me to see the photos. Once I was given permission to exercise again, over 18 months I gradually reduced my weight down to its norm of 62kg. 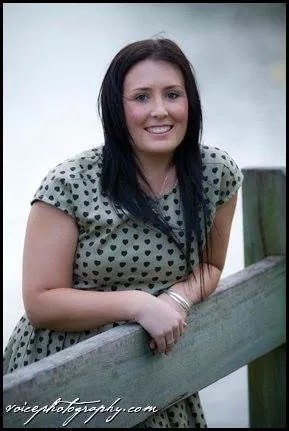 After graduating from my Dietetics degree at 22 I moved to Cairns for work. I had radio-active iodine therapy for my thyroid and eventually was placed on Thyroxine, a drug I will now take for the rest of my life. During the initial 1.5 years of living in Cairns, I continued to stay active, eat well and find a balance. Two years ago though I competed in the ANB U30 Fitness model competition and came first. This was an amazing achievement and something I will hold dear to me forever, but to say it didn’t come at a cost, would be lying. For so long I had only dreamt of having the body that girls had in magazines or to feel comfortable in a bikini and finally I had that. I did everything properly - had a trainer, saw a Sports Dietitian, avoided all supplements. I should be happy right? Wrong! Over the five months I trained and dieted, I still didn’t think I was thin enough, I still found faults. I was grumpy, short-fused, frustrated, angry and lost so much happiness from who I was. I didn’t socialise because it was easier not to and this took a toll on my friendships. I still remember in the days after my competition, my friends making comments like “we finally have our Mel back”. The two photos underneath are from competition day (top) and a few days after (bottom).  I've never shown anyone the second photo but what it shows me now in reflection is that even though I won, had the body I had always dreamed of and was super fit, without all of the fake tan, make-up and glamerous outfit, I looked sad. Transitioning from competition to regular life was difficult. I slowly put on weight (as I knew I needed to), I had cravings for foods and at times I definitely know I ate too much. It was hard to see your body changing again. I knew I wasn’t big but I also knew that I couldn’t live the life I wanted to and be “competition ready” all year around. It then came to the time where I moved back to Brisbane and went on an amazing six week holiday overseas. I remember crying in the airport to my mum and dad about how I didn’t want to go because I didn’t want to put on weight. I promised myself to walk 20 000 steps a day just to try and maintain my weight and so I did. Instead of being excited about something incredible, I was worried about the scales. It sounds ridiculous but that is the reality for many men and women out there and something I hear far more often in my job then I thought I would. 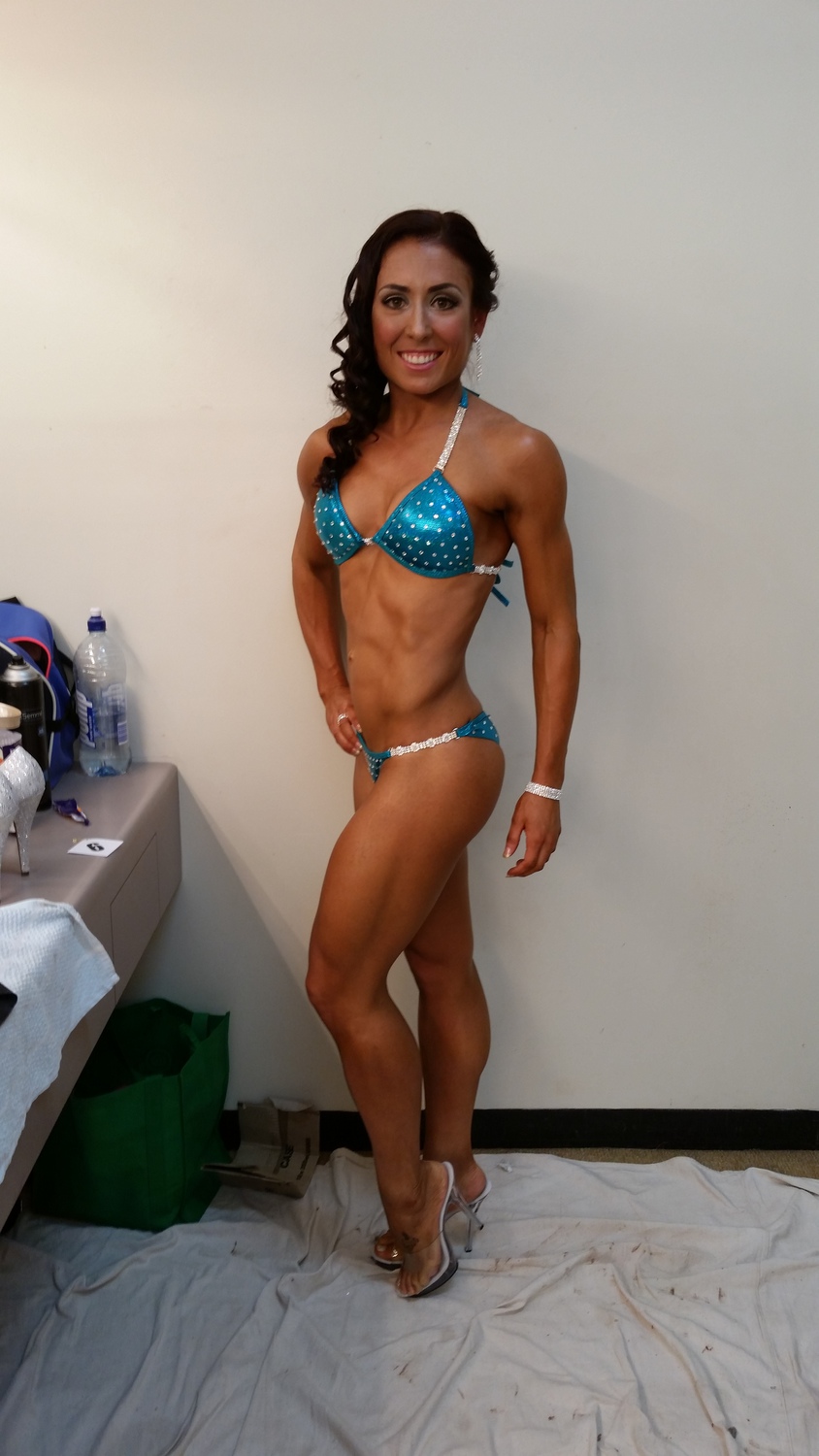 Upon returning home I was diagnosed with Polycystic Ovarian Syndrome, yet another medical condition that can make losing and maintaining a healthy weight difficult at times. As a result of this and several failed attempts to get my menstruation cycle back regularly (even to this day) I was advised by my specialist to cut back on exercise. At this point she thought I may be suffering from Hypothalamic Amenorrhoea, otherwise known as the female athlete triad (over-exercising, undereating and stressed). I knew this wasn't the case, I was eating properly, had significantly cut back my exercise from what I used to do and was trying to deal with stress the best I could. Unfortunately this broke me down in tears once more because I feared going back to what I had been six years ago. I feared losing my muscle tone as I had noticed over the last few years my body shape changing again as I entered child-bearing age (wider hips, curvier physique). It just seemed that no matter what card I was dealt my focus always came back to my weight and appearance. As a woman I have always compared myself to others; been critical of my appearance and tried so hard to change but even when I had my perfect body, I still wasn’t happy.

As a dietitian I try to draw on these experiences to help relate more to my clients but to encourage them that life is not to be wasted on “dieting” but to be enjoyed through the process of nourishing your body. We all have imperfections (even models) and it’s ok to be different. I can honestly say that there are still days I struggle to look in the mirror and not be a little bit uncomfortable with how I look or wish something was different; but I am learning to embrace who I am as a woman and stop living my life trying to be something everyone else wants me to be. It’s a tough road to walk down and an easier one to say then do, but if we all support each other in self-love I have no doubt more women will be embracing their individual beauty.

So for now I leave you with these two quotes:

“To be beautiful means to be yourself. You don’t need to be accepted by others. You need to accept yourself” 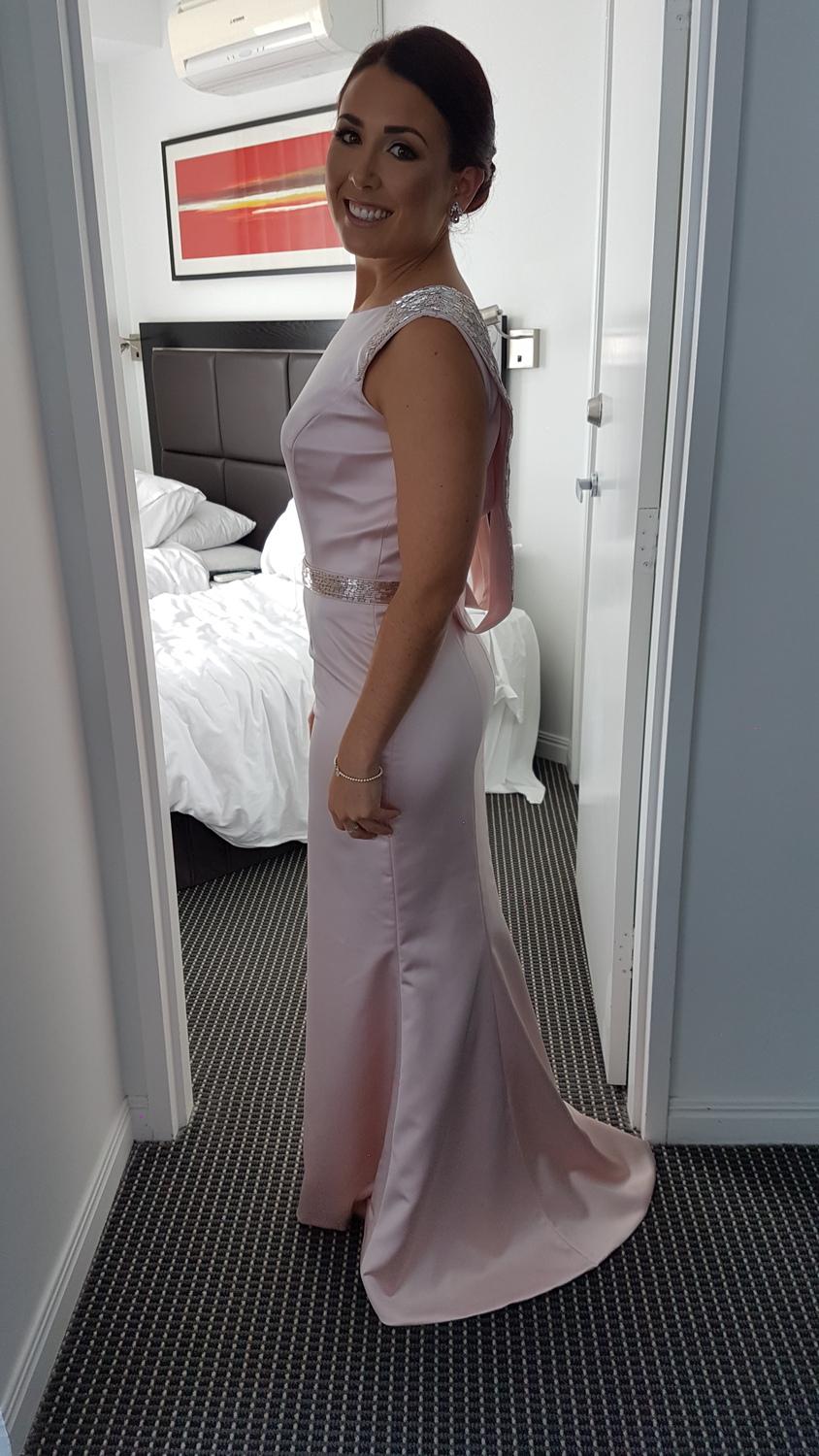 Above: Me now at my brother's wedding August 2016 Often healthy eating can be mistaken for being boring, monotonous, unappealing, rabbit food, expensive, tasteless... and the list goes on. Through my website gallery, Instagram and Facebook page, I aim to inspire people to realise that healthy food can in fact look and taste great. It also doesn't have to be difficult. I often get asked "Melissah, how do you make your food look so good? I try and it never looks like that!". My answer you ask? COLOUR, the more colour you give something the more appealing a meal or dish will look. You can create colour through different herbs and spices, vegetables, legumes, nuts and seeds and grains. Remember also that different colours mean different nutrients, especially when you are considering your vegetables. This means you are killing two birds with one stone.

So to help inspire you I have included below one of my favourite breakfast recipes at the moment, GF porrij with fruit, nuts and coconut yoghurt

2. Bring to the boil and then reduce to simmer until desired consistency is reached

and as my good friend, roomie and vegan inspiration would say..... in-joy!

Hello everyone and welcome to MSB: Your Diet Revolution!

My name is Melissah-Su Bruce and I have been working as an Accredited Practising Dietitian and Nutritionist in private practice for the last five years. MSB: Your Diet Revolution was born one evening while I was enjoying a home-cooked meal with my parents. As we were discussing my options upon returning back to Brisbane from Cairns it dawned upon us that the initials for my name were a fantastic acronym for everything I believe in - M y, S elf,    B elief. It is so important when embarking on any journey related to health, fitness, mental wellbeing etc that you empower your inner strength and your inner belief in yourself. This is where true success really comes from.

My passion for anything nutrition-related really stemmed from my own laughter and tears surrounding health, food and fitness. We all have a journey, a story that makes us who we are. I feel that my personal journey with health has been one of triumph and one of dispair but it has given me the tools to be able to relate to every one of you that I see as a client.  Life is to be enjoyed! It really does have an amazing way of bringing positive things to fruition when you only aim to see the optimism inside every challenge. When you think there is no light to your darkness just remember that tomorrow is another day and the light will come bursting through just like the sun rises every morning!

I hope that in one way or another I can make a difference in your life and give you the chance to see that you can have an amazing relationship with food, reach your goals, manage your health and have a positive outlook on life! 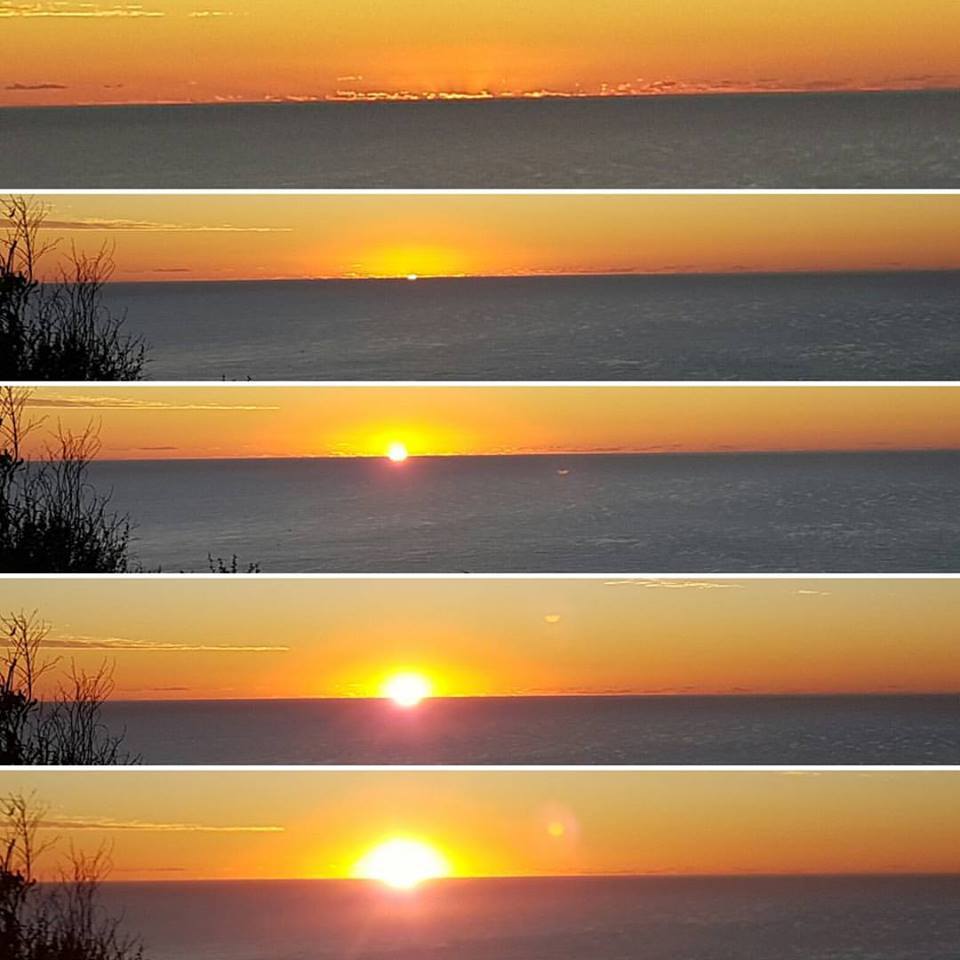